Dydd Gŵyl Dewi Hapus / Happy Saint David’s Day and the first day of spring! After what is probably the warmest February on record, rain is returning tonight but what a week we have had, putting ewes and lambs outside has been a pleasure in glorious sunshine.

Quick lambing update; Lambing over 1500 ewes in total. January lambers, mainly Texel crosses (which are normally sponged but this year we used Cidr Ovis), scanned at 165% (average 1.65 lambs per ewe) and all lambs are strong and growing well out in the fields. February lambers scanned at 190% (average 1.9 lambs per ewe) and, after a slow start, have nearly finished. The Epynt Hardy Speckled ewes (native breed) have begun lambing outside and pretty much get on with it themselves, I love that breed. 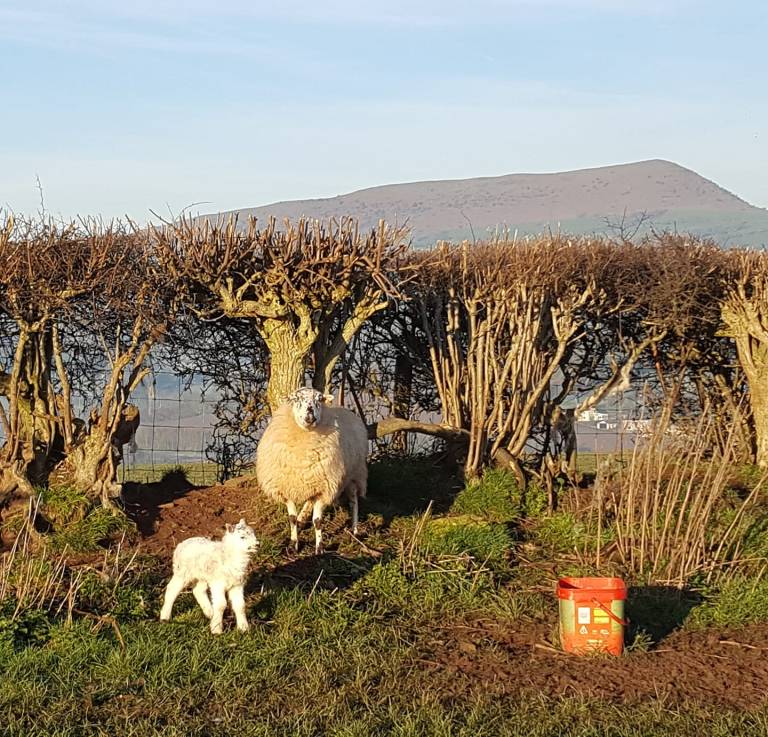 So much has happened since my last blog, I am now Monmouthshire NFU chair(man/lady/person), Monmouthshire RABI (Royal Agricultural Benevolent Institution) media secretary, Senior Fellow with the University of South Wales, trained as a mental health first aider and we have made our first Perry (pear cider) on the farm which is delicious! During February we had college visits and three Kate’s Country School lambing courses. I often wonder why, on top of the lambing mayhem, we decide to do this but of course the busiest time of year is the best time for people to learn the ropes. 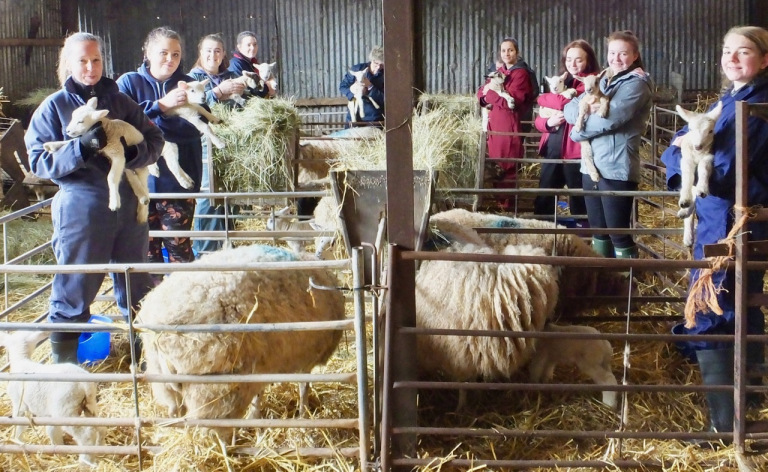 On a final note, (sorry its the ‘B’ word), it is a very unsettling time for sheep farmers in the UK, we invited our MP on farm to explain how a ‘no deal’ scenario would put many businesses at risk. We’re also still awaiting clarity from Westminster to ensure that imported food will be produced on a level playing field – to the standards to which British farmers are required to adhere to. We will watch this space…

Right, enough of politics, I will leave you with this beautiful double rainbow on the farm, apparently a sign of transformation and good fortune, I’m an eternal optimist!

We use cookies on our website to give you the most relevant experience by remembering your preferences and repeat visits. By clicking “Accept”, you consent to the use of ALL the cookies.
Cookie SettingsAccept
Manage consent

This website uses cookies to improve your experience while you navigate through the website. Out of these, the cookies that are categorized as necessary are stored on your browser as they are essential for the working of basic functionalities of the website. We also use third-party cookies that help us analyze and understand how you use this website. These cookies will be stored in your browser only with your consent. You also have the option to opt-out of these cookies. But opting out of some of these cookies may affect your browsing experience.
Necessary Always Enabled
Necessary cookies are absolutely essential for the website to function properly. These cookies ensure basic functionalities and security features of the website, anonymously.
Functional
Functional cookies help to perform certain functionalities like sharing the content of the website on social media platforms, collect feedbacks, and other third-party features.
Performance
Performance cookies are used to understand and analyze the key performance indexes of the website which helps in delivering a better user experience for the visitors.
Analytics
Analytical cookies are used to understand how visitors interact with the website. These cookies help provide information on metrics the number of visitors, bounce rate, traffic source, etc.
Advertisement
Advertisement cookies are used to provide visitors with relevant ads and marketing campaigns. These cookies track visitors across websites and collect information to provide customized ads.
Others
Other uncategorized cookies are those that are being analyzed and have not been classified into a category as yet.
SAVE & ACCEPT